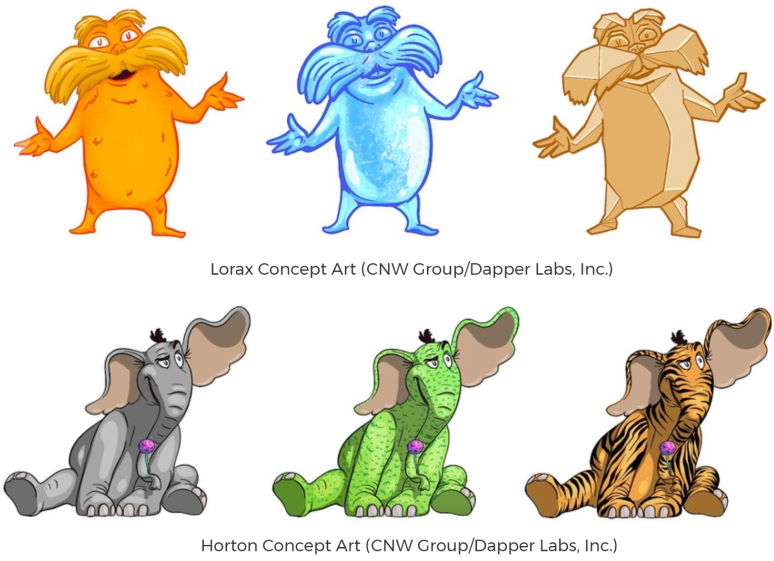 The characters of children’s favourite Dr Seuss are entering the digital world as crypto collections thanks to a new collaboration.

Dr Seuss Enterprises has teamed up with Dapper Labs, the company behind Crypokitties and NBA Top Shot, to add iconic characters including The Cat in the Hat, The Lorax, The Grinch and Thing One and Thing Two to the Flow blockchain.

The new partnership means that fans can buy and collect digital packs of their favourite characters which will then exist on the blockchain forever.

Roham Gharegozlou, Dapper Labs founder and CEO, said: “As the world moves increasingly online, so has consumers’ desire for discovering and collecting digital memorabilia that brings them one step closer to their favorite athletes, musicians and iconic characters.”

Collectors can store their collected characters in an online sticker book where they can then be either kept, sold or traded with other enthusiasts.

Gharegozlou told Fortune: “Digital packs of stickers will be available from next year. This will change how people think and interact with digital culture.”

He illustrated more than 60 books using his pen name, including many popular children’s books, which have sold more than 600 million copies around the globe.

Many of his stories have been turned into hugely popular films which are still loved by children today.