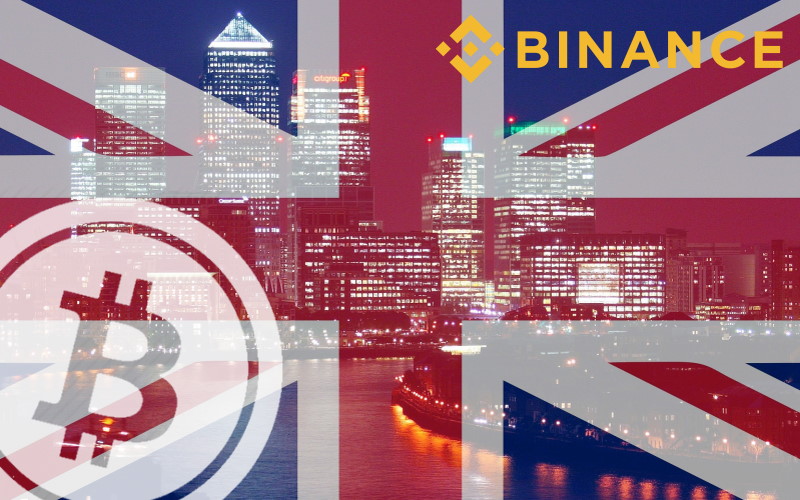 The world’s largest cryptocurrency exchange by trade volume has targeted Londoners with a new advertising campaign ahead of its UK launch.

Binance, which was found in 2017 in China by Changpeng Zhao and later headquartered in Malta, has arranged for 17 bus stops in key locations around England’s capital city to advertise its Bitcoin trading platform.

The advert shows the changing face of money from coins to crypto, with the slogan ‘Money is evolving’ followed by ‘It’s time to adapt’.

This is how Binance Tweeted the campaign: 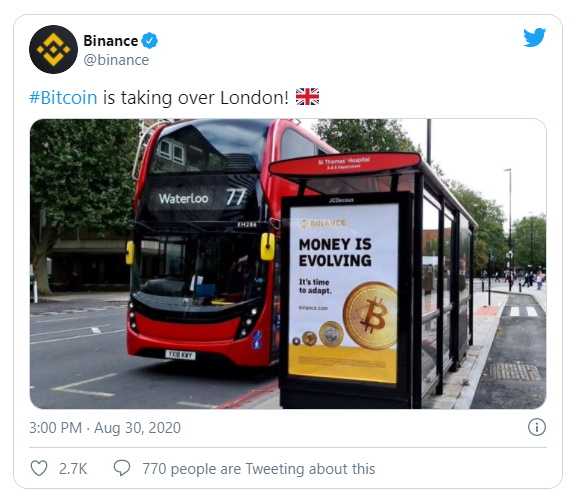 In June Binance announced that it would be expanding into the UK market with a regulated exchange registered with the Financial Conduct Authority (FCA).

It will feature some 65 digital assets for trading when it opens, possible in Autumn 2020.

Binance UK has also announced that it will also join the self-regulating industry association CryptoUK as an executive member.

It will take a seat on the committee, alongside Coinbase, Coin Shares, CryptoCompare, eToro and Ripple.

Together, it is hoped the group of industry experts will lead the association’s strategic direction, including the Code of Conduct, policy positions and governance.

CryptoUK works with politicians and regulators to develop and operating framework for the crypto asset sector in the UK.

The FCA looks to increase the integrity of the UK’s financial system and secure protection for consumers.