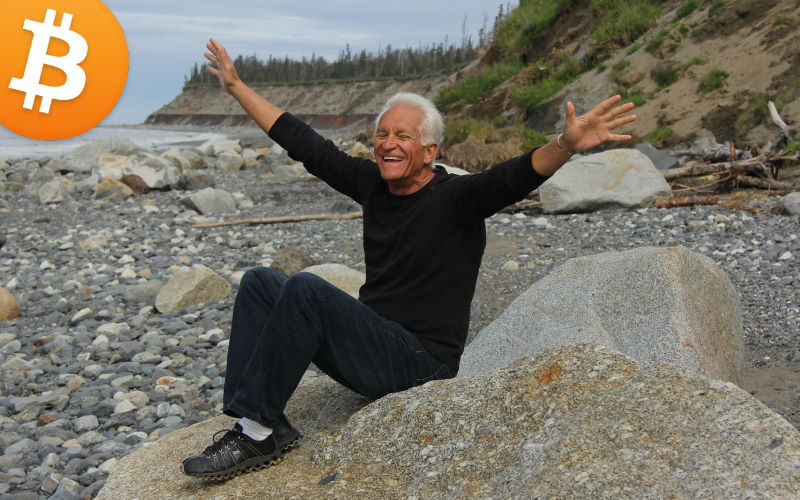 Baby boomers are turning to Bitcoin as a way of diversifying their portfolio as they hunt returns during an extended period of historically low interest rates.

According to Coinfloor, one of the UK’s oldest crypto exchanges, those born between 1946-1964 are seeing Bitcoin as an increasingly attractive investment proposition.

A report in The Express newspaper claims that more than a fifth of baby boomers, who are the richest generation in history, now hold Bitcoin in their portfolios.

Many feel that there’s no point putting their money in the bank because most accounts offer interest rates are lower than the rate of inflation.

And the real returns offered by a handful of institutions are so paltry that savers are seeking alternative, higher risk investment strategies to make their money work for them.

Obi Nwosu, Coinfloor founder, told The Express: “Older people didn’t get rich through luck alone: they were brought up to respect money and to save rather than spend.

“There is a misconception that Bitcoin is only for millennials: that it is complex and riskier than other investments, requires a high degree of technical knowledge. But Bitcoin is for everyone.”

Earlier this year Coinfloor announced that it was turning into a Bitcoin-only exchange and expanding its consumer BTC services.

It launched a new range of what it termed “customer-orientated” investing and trading services to open up the market to a wide range of investors who are perhaps not as tech savvy as those that have gone before.

The company also launched a ‘No BS Education’ guide on its website which aims to demystify the world of cryptocurrency and enable to the layperson to get involved.

An Auto Buy option was launched in March, meaning investors can take advantage of what’s known as pound/dollar cost averaging.

This is a strategy which involves investing at regular intervals rather than using a lump sum all at once and risking much greater exposure to falling markets.

By making regular purchases you’ll buy at market lows and market highs and everywhere in between, which eventually averages out into a real return over time.

This strategy can, however, have the effect of dampening your returns, and those with a higher appetite for risk might want to go all-in and try to time the market.

However, many financial experts live by the expression ‘time in the market, rather than timing the market’ and for most people averaging is a safer strategy and a more disciplined one.

Note: Despite the assertions of Nwosu, Bitcoin is a highly speculative asset and the price can fluctuate wildly in a short space of time.

Also, there are those that believe that Bitcoin will ultimately become worthless. However, there’s a growing interest in Bitcoin from major international investment firms, and adoption is becoming far more widespread across the globe.

As with any investment, you should do your homework and fully understand the risks before parting with your money.