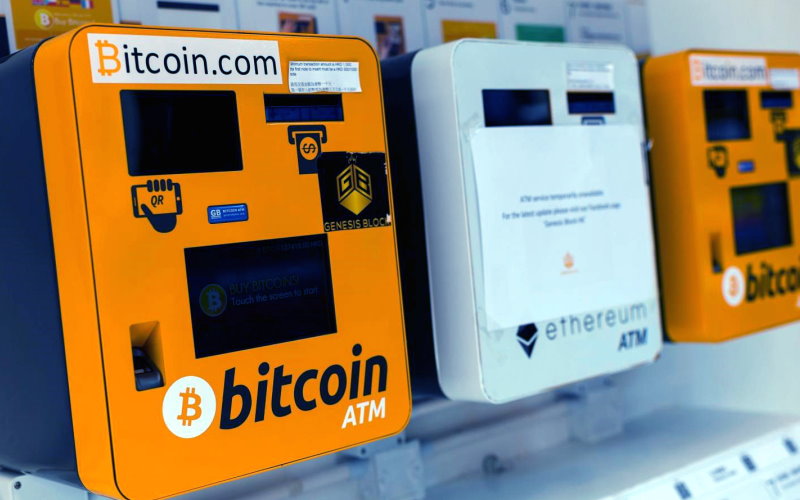 It’s now even easier than ever to get involved in cryptocurrency after it was revealed the number of Bitcoin ATMs worldwide has grown to more than 10,000.

The increase represents an 87% leap over the past year, according to Norwegian financial services firm AksjeBloggen.

Researchers say there are currently 10,014 Bitcoin ATMs (or BATMs or BTMs depending on who you ask) in 71 countries across the globe.

The machines are concentrated in countries such as the United States, United Kingdom and Canada, although there are growing numbers in countries with more volatile financial markets.

The AksjeBloggen report, which was authored by Jastra Llic, states: “In December 2017, there were 1,932 BTMs in the world, revealed Coin ATM Radar and Statista data.

“However, 2020 has witnessed a surge in the number of ATMs supporting digital coins.”

Genesis Coin is currently the leading Bitcoin ATM manufacturer, the report states, with a 35% market share.

General Bytes is ranked second, with BitAccess and Coinsource following closely behind.

The report continued: “Analyzed by geography, the United States represents the leading crypto ATM market, with 78% of all Bitcoin ATMs globally.

“The Coin ATM radar data also revealed the number of BTMs operating in the United States significantly increased in the last year. In September 2019, the US citizens could use 3,332 crypto ATMs all around the country.

“Canada, ranked as the second-largest BTM market globally, with 869 Bitcoin ATMs as of September. The United Kingdom, Austria, Spain, and Switzerland follow, with 278, 150, 106, and 81 BTMs, respectively.”