How to Get or Earn Bitcoins for Free in India 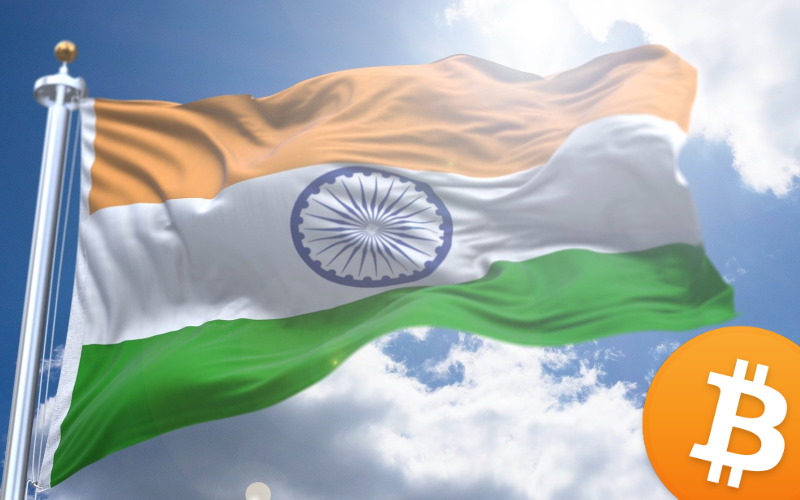 After the Supreme Court of India lifted banking restrictions for cryptocurrency exchanges back in March, the country may be on the brink of a Bitcoin (BTC) bull run.

India has had a turbulent relationship with Bitcoin and crypto trading in recent years.

Notably, when the price of Bitcoin soared after the Indian government recalled vast amounts of paper currency, and also when it slowed after the Reserved Bank of India (RBI) ordered financial institutions to stop working with cryptocurrency exchanges.

Despite all this, there seems no satisfying the country’s appetite for ‘digital gold’.

Many new exchanges are either opening or expanding their operations, with peer-to-peer transactions soaring at the start of Q3 2020. These include Marl, Coin Dance’s Paxful , Zebpay and LocalBitcoins. Bitcoin ATMs (BATMs) are also springing up around the world.

Reports on popular crypto news site Coindesk suggest that India is now one of the five fastest-growing Bitcoin user groups in the world.

Even people in rural area starting to adopt the digital currency, thanks in part to Mesh networks which improve internet connectivity to those living in the countryside.

These developments are good news for India’s economy as it establishes the country as a significant global innovator when it comes to cryptocurrency and blockchain technologies.

However, it still leaves large sections of the community without access to cryptocurrency as nearly all exchanges set minimum purchase and investment amounts which are unaffordable for many.

Mining Bitcoin is no longer possible using a home computer. Your PC or laptop simply doesn’t have the processing power to deal with the hugely complex calculations that are involved.

It used to be profitable when Bitcoin was still in its infancy, but now the only way to make money from Bitcoin mining is to invest in huge warehouses filled with specialised and expensive equipment costing tens of thousands of dollars or millions of Indian Rupees.

Free Bitcoins for everyone

However, you can still join the cryptocurrency revolution as there are several ways to earn or get free Bitcoins in India without spending any Rupees.

So, if you’ve ever found yourself typing ‘How to get free bitcoins?’ or ‘Bitakoin kaise praapt karen?’ if you’re searching the web in Hindi and you’re looking for ways to earn cryptocurrency in India, then here are a few pointers.

Remember, getting started in Bitcoin may seem intimidating but it’s not that complicated, really!

Getting any substantial amounts of Bitcoin without either buying it or working for it is difficult. People who are searching ‘How do I get 1 Bitcoin for free’ are going to be disappointed unless they get extremely lucky!

But there are certain tips and tricks that you can follow though to increase your chances of earning a more significant amount of cryptocurrency quickly.

And once you’ve got a pot of coins together, you can transfer it to a cryptocurrency wallet and exchange such as Coinbase, and either HODL or start trading.

How to get started

These are the best ways to earn bitcoin in India right now:

This is the quickest way to get started in your Bitcoin adventure, but the earnings are quite low to begin with.

Faucets are websites that give away tiny amounts of Bitcoin – known as Satoshi – for free because they want more traffic to increase their advertising revenues.

This is a great place to start for beginners. Here’s a list of the best paying free Bitcoin faucets right now.

Sites such as Cointiply host many surveys that you can fill in for free and actually earn a significant amount of Bitcoin each week for doing so.

It can be hard to qualify for the surveys, but when you do, they can pay well. Cointiply also offers many other ways to earn Bitcoins by performing tasks online.

There are now dozens of online games that are free to play and offer prizes in Bitcoin. The reason they’re free is that advertisers pay to promote their services during the gameplay meaning they have a captive audience.

Many start-up companies and ICOs pay people to promote their token in crypto-related forums. You’ll need to post lots of relevant content, and this can be quite time consuming.

However, you can earn a reasonable amount of cryptocurrency this way, although sometimes it’s paid in a new token which only has a small chance of succeeding and being worth anything in the future.

There are many websites out there that connect people with certain skills to those that need tasks completing.

You can earn cryptocurrency this way, but the rates of pay are low, and you’ll need time and specialist knowledge to fulfil the requirements of the employer.

Get set up with a wallet

When it comes to Bitcoin wallets, we've already mentioned Coinbase because it offers an easy-to-use interface which is suitable for beginners.

However, there are lots of options available and choosing the right one can be confusing. If you need help, head to the official Bitcoin website and use their checklist to decide which wallet is best for you.

To summarise, it is possible and quite easy to get some free Bitcoins if you live in India. Just be cautious about which sites you use as there are many scams out there.

Additionally, it’s best to carefully check out any advertising that you see to make sure its from a genuine company. Anyone offering to double your Bitcoin in a short space of time is highly likely to be a scammer so ignore these offers.

All the sites that we’ve partnered with on Freecoyn have been tried and tested by us and are known to be trustworthy.