Who Is Bitcoin Creator Satoshi Nakamoto And His Mysterious 1 Million Bitcoin Wallet? 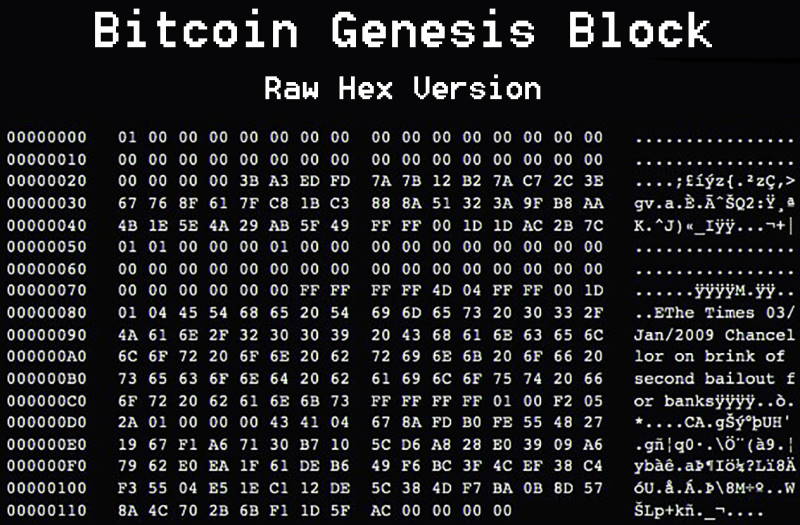 As internet mysteries go, the identity of the supposed creator of Bitcoin is one of the most intriguing and enduring. Yet despite the mass of attention it has received over the years, it remains unsolved.

Satoshi Nakamoto is the name attributed to the creator(s) of the original white paper and subsequent implementation of the granddaddy of cryptocurrency – Bitcoin - along with the first blockchain database.

However, to date there’s been no confirmation that this is even a real name – it is just as likely be a pseudonym for the individual or group behind Bitcoin’s creation.

Given the complexity of Bitcoin and the blockchain, there is much speculation that it has to be the work of a collaboration of developers rather than a single enigmatic Keyser Soze-esque figure, but even this has never been proven.

According to the official Wikipedia page for Satoshi Nakamoto, he is supposedly a Japanese national born on April 5, 1975. He mined the Bitcoin ‘genesis block’ on January 9, 2009 and received 50 Bitcoins for his trouble.

Somewhat mysteriously, the words ‘The Times 03/Jan/2009 Chancellor on brink of second bailout for banks’ was embedded in the transaction.

This in itself is unusual as it refers to a story in a UK newspaper which may suggest that Nakamoto was either working in the country, grew up in the UK or is not, in fact, from Japan. Additionally, internet sleuths have repeatedly referred to his native-level use of British English, rather than a US slant.

Additionally, it has been noted by people who used the same internet forums as the supposed Nakamoto that the times of his/their posts correlated more with the usual UK waking hours than those of Japan.


As you’ll see further on this article though, the main contenders for the title of Bitcoin creator are all US based – with the exception of an Australian man whose claim was later disproved.

It has also been noted that Satoshi is a male Japanese name meaning ‘one with wise ancestry’ so the assumption is that the individual or team his male.

When assessing whether Satoshi is one person or a group, it has been noted that stylometric analysis of his/their known personal writings, such as the original Bitcoin whitepaper, emails and forum posts, has found multiple similarities.

The myth of Satoshi only deepened when in 2010, he/they dropped off the radar completely and by all accounts ceased any involvement with Bitcoin.

The last anyone heard from him/them was an email to another Bitcoin developer saying he/they had “moved on to other things”.

These days Satoshi is a general term used to describe the smallest divisible piece of a Bitcoin. There are 100,000,000 Satoshis in each whole coin.

Because of the current value of a whole Bitcoin many small investors by fractions of a coin at a time, say 100,000 Satoshis, to gradually build up their portfolios.

At the time of writing in 2020, none of the estimated 700,000 to 1 million+ Bitcoins in the original Nakamoto wallets have been spent.

The maximum number of Bitcoins that can ever be mined is 21 million, meaning Satoshi’s 5% share of the total Bitcoin that will ever exist could heavily influence the market if ever it were used.

In May 2020, the Twittersphere exploded with the news that a 40 Bitcoin transfer had been made from the original Satoshi wallets which had been dormant since 2009.

However, shortly afterwards multiple sources said that the addresses involved were unlikely to be Satoshis and the trail went dark again.

Like everything connected with Satoshi, theories abound as to why the coins haven’t been touched.

Is Satoshi dead or in prison? Has he lost or accidently destroyed the keys needed to access them as many people have? Or is he leaving the vast fortune untouched to avoid creating a market shockwave?

Perhaps there’s a far more profound reason as to why the coins remain in situ, but until the real Satoshi comes forward to explain it we will probably never know.

Weird fact 1: The wallet that contains the first ever 50 Bitcoins mined has actually grown in value over the years due to a steady stream of inward ‘donations’.

The total now stands at more than 66.5 BTC, with the additional coins arriving via 1,140 transactions.

The kicker is that the Bitcoins in this wallet can never be spent because the ‘maiden block’ that the original 50 coins emerged from – Block 0 – was not added to the blockchain. As a result, all the coins are forever lost from circulation.

Other addresses allegedly associated with Satoshi also continue to receive donations as well.

Weird fact 2: The genesis block took six days to mine. Was this a coincidence or a deliberate construct design to mimic the story of creation from the Bible?

People who may be Satoshi Nakamoto

Various people have been put forwards has possible candidates, but none have been proven to be the real Satoshi Nakamoto.

Here are a few notable examples:

Dorian was ‘outed’ in 2014 as the real creator of Bitcoin by Newsweek columnist Leah McGrath Goodman.

Here’s why: Dorian was born with the name Satoshi – full name Satoshi Nakamoto - and was trained as a physicist at California Polytechnic State University (Cal Poly).

According to various online sources, he worked on a number of classified defence projects and as a computer engineer for financial companies.

When Goodman confronted Dorian about Bitcoin at his home, his first words were reportedly “I’m no longer involved with that and I cannot discuss it”.

The assumption at the time was that he was talking about Bitcoin and Newsweek subsequently ran an expose naming him as the creator of Bitcoin.

However, Dorian later said that he had misunderstood Goodman’s question and that he thought it referred to his work with global banking giant Citibank.

In a statement he said: “I did not create, invent or otherwise work on Bitcoin. I unconditionally deny the Newsweek report.”

Dorian later received more than 102 Bitcoins in donations from the crypto community who were angered by the Newsweek report.

All the crypto in the wallet has now gone, implying that Dorian has used it, unlike the coins sat in the original ‘Satoshi Wallet’.

So, despite several remarkable coincidences, it appears as if Dorian is not Bitcoin’s father.

Hal Finney, who died in August 2014 aged 58, was a prominent member of the cyberpunk movement who received the first Bitcoin transaction from Satoshi Nakamoto.

Coincidentally (maybe?), he lived in the same town – Temple City, California - as Dorian Nakamoto (above) for 10 years and had lots of similar interest as him.

It is likely that the pair moved in similar circles, either in the real world or online, meaning they could have known each other and that he Finney may have used Dorian’s birth name as inspiration for the pseudonym.

Another snippet that connects Hal – born Harold – with Bitcoin is that he was an outspoken libertarian who created the first known anonymous remailer and later a reusable proofs of work digital cash system.

It’s clear he was in some way connected with cryptocurrency, but to what extent remains a mystery.

Szabo is another prominent cyberpunk who was closed involved with many people in ‘the circle’ connected with the creation of Bitcoin.

A prominent computer scientist and cryptographer, Szabo is known for his research into digital currencies and once referenced a hypothetical creation called Bit Gold in a blog post.

Bit Gold is said to be a direct precursor to the architecture used for Bitcoin. Sazabo is also credited with coining the phrase ‘smart contracts’.

To date there is no proof that Szabo is Satoshi Nakamoto, but his name is indelibly linked to Bitcoin because of his work.

The world-famous, Bristol, UK, born graffiti artist has been put forward as a candidate, perhaps in a tongue-in-cheek way.

The reason? If you study the genesis block you'll see the last word of the hidden message is 'banks', followed immediately by a 'y'.

Banksy did once claim to be Satoshi Nakamoto in a now-deleted online interview but, again, there's no evidence that he was being serious.

However, Banksy is British meaning he would have easy access to The Times - the newspaper from where the hidden message was taken from.

But with his well-known libertarian leanings, it is unlikely that he would have bought the traditionally right-leaning publication. But he could easily have seen it online or on a news stand...

We're written in more detail about the links between Banksy and Bitcoin here.

If it is you Banksy and you read this, feel free to send some Bitcoins to the address on our Donate Bitcoin page. Thanks mate!

However, he quickly vanished into obscurity after supplying false evidence to support his claim. He has failed to provide any further evidence since.

From the paranoid, to the downright insane, here’s a selection of some of more far out theories about the creation of Bitcoin:

- The cryptocurrency was created by US intelligence agencies to allow them to make untraceable transactions around the globe.

- Bitcoin was actually created by a rogue piece of AI code with the ultimate aim of eventually taking over the world.

- Satoshi Nakamoto is an alien/time traveller/lizard person sent here to change the course of history/take over the world (delete as appropriate!).