What is a Bitcoin, how do they work and what does one look like? 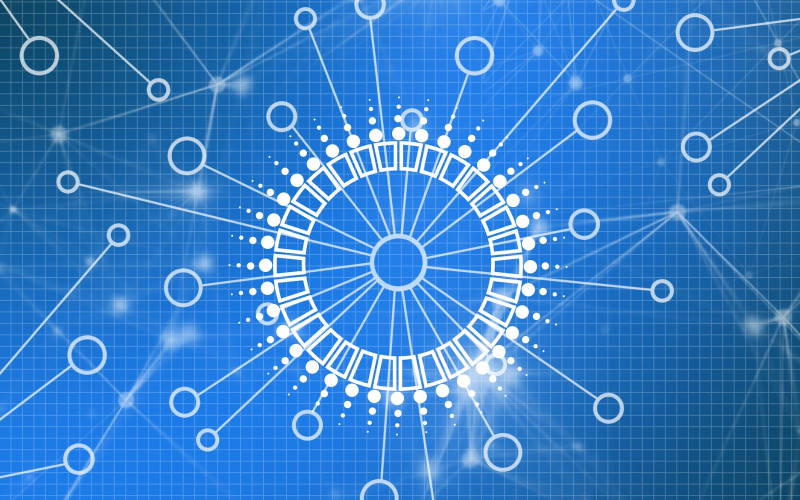 A Bitcoin is a chunk of data that is sent from one person to another.

The data currently has a monetary value which can vary significantly from day to day as cryptocurrencies can be notoriously volatile.

Bitcoins are described as digital or virtual currency because they don’t physically exist and cannot be picked up and held.

Whenever you see a picture of someone clutching a shiny gold bitcoin, it’s a novelty item only and not for use in the real world.

As the use of physical cash dwindles, digital transactions are becoming the norm for most people.

For a lot of people, their money already only exists as data in a bank’s computer which they transfer to others when they wish to pay for something.

How are Bitcoins created?


Bitcoins are created by computers when they solve the extremely complex maths problems involved in processing transactions.

Transactions on the Bitcoin network are ‘confirmed’ during this mining process when a minimum number of computers connected to the network agree that the transactions is valid.

People buy specialised computer hardware specifically to ‘mine’ for Bitcoin, ie crunch numbers to hopefully be the first to confirm a new group of transactions, known as a ‘block’. This block is then added to the blockchain and the miner is rewarded with Bitcoins.

You can no longer mine Bitcoins on home computers because of the complexity of the sums involved and the cost the electricity to do so.

As time goes by Bitcoin will become even harder to mine because of what is known as ‘halving’.

This is a protocol hard coded into Bitcoin which means the reward for mining a block is cut in half every 210,000 blocks thus reducing the rate at which new Bitcoins are released into the circulation.

The entire Bitcoin software is designed so that the last Bitcoins will be mined somewhere around the year 2140 at which point miners will be incentivised by transaction fees rather than mining rewards.

The word cryptocurrency is used to describe Bitcoins and the thousands of other ‘tokens’ and altcoins (alternatives to Bitcoin) which have sprung into existence.

The integrity of these transactions is kept secure by advanced cryptography techniques, hence the name.

A Satoshi can be further broken down into a millisatoshi – ie one thousandth of a Satoshi.

The name Satoshi comes from the pseudonymous enigmatic creator of Bitcoin, Satoshi Nakamoto, whose identity remains a mystery to this day.

Read: Who is the mysterious Bitcoin creator Satoshi Nakamoto?

The coins pass from person to person without any third-party involvement (ie a bank) aside from the computers – known as nodes – which process the transactions.

In this sense, Bitcoin can be described as a decentralised system where the asset (Bitcoin) owner has complete control over their money.

These computers are located around the world and no one person or institution controls them.

Bitcoins are not completely anonymous

Bitcoin transactions are not completely anonymous as there is always a permanent record of all transactions and wallets which is publicly available.

Often people can connect these addresses with personal information you have given to an exchange in order to buy, sell or send your coins.

Some people use what’s known as a ‘Bitcoin Mixer’ or ‘Cryptocurrency Tumbler’ in an attempt to disguise their transactions.

Read: What are Bitcoin Mixers and how do they work?

The blockchain – or distributed ledger

Transactions are entered onto a digital ledger – also known as the blockchain - which cannot then be altered by anyone else.

In simple terms a blockchain is a chain of ‘blocks’ of information arranged in a chronological order.  In can also be described as a list of every Bitcoin transaction ever made which is constantly being added to.

The blockchain is also known as the distributed ledger because it is sent to all participating computers for validation.

The ledger is repeatedly checked by a network of computers, meaning Bitcoins cannot be double spent. Additionally, all transactions are irreversible.

Theoretically this can include any information, such as names or marriage certificates, and even contracts between people, known as ‘smart contracts’.

The Ethereum project promotes a platform where smart contract systems are being employed in the rapidly growing sphere of ‘decentralised finance’ (DeFi), such as peer-to-peer loans.

You need a digital wallet to use Bitcoin

To use Bitcoins you need a wallet. This is presented as a long alphanumeric string that acts as an address that is unique to you.

Anyone can then send Bitcoins to you using this address alone. You can also buy Bitcoins using ‘real’ money and have them sent to your wallet.

Online wallets are widely available but are often cited as insecure due to a number of high-profile hacks. Additionally, in most cases you do not have control over your ‘Bitcoin keys’.

A private key, also known as a ‘seed’, is what’s used to sign a transaction and prove the origin of the coins.

Offline wallets, such as hardware or paper wallets, are seen as more secure as they can’t be accessed by hackers.

However, they can be lost, damaged or stolen. As a result, anyone using this method of Bitcoin storage should take multiple precautions to keep a copy of their keys safe so they can retrieve their assets.

Read: Which Bitcoin wallet should I use?

How do I spend my Bitcoins?

You might be wondering how you cash out your Bitcoins once you’ve accumulated some.

The short answer is you sell them on an exchange for regular – or ‘fiat’ – cash. There are numerous inexpensive exchanges that enable you to do this.

Additionally, in some large cities you’ll find Bitcoin ATMs which enable you to withdraw regular cash from your Bitcoin wallet. These are few and far between though.

Bitcoin and other digital currencies are widely used to buy products and services online, but have yet to gain traction in physical shops, with only a few outlets using them.

However, cryptocurrency as an asset is growing exponentially with each year that passes and it is highly likely that Bitcoin will enter mainstream use at some point.

Increasingly it’s viewed as a store of value in a similar way to gold. As a result, large financial institutions are including it as an asset class in their portfolios.