Popular bitcoin earning site Cointiply has announced it’s working on a new player versus player (PvP) game due to be released soon.

The site, which states it has paid out more than $450,000 to user at the time of writing, offers a variety of different ways to earn free bitcoin, alongside a hi-lo game and interest on balances.

Cointiply was not giving much away about the new game at the time of writing, but it’s likely that it will offer another way for members to earn cryptocurrency. It has promised to release more details soon, so watch this space.

Membership to the site is completely free and once signed up you can earn bitcoin by watching videos, completing surveys, installing apps, PTC ads and a variety of games.

There’s also a free faucet which you can play every hour to earn free coins and be in with the chance of winning a jackpot prize.

You can also earn cryptocurrency by setting up a network of referrals, with earnings paid every 24 hours. Additionally, if you maintain a balance of 35,000 coins or more, the site pays 5% interest on your funds.

This puts the site on a par with freebitco.in – another hugely popular cryptocurrency earning site, that also offers a faucet, free lottery and many other ways of earning bitcoin.

What makes the site slightly different is that earnings are actually paid out in Cointiply Coins. A live exchange rate offering prices in dollars and bitcoin is also show.

When you withdraw your funds at the minimum threshold of 35,000 coins, your earnings are paid out in bitcoin at whatever the prevailing exchange rate is.

The site is well put together and offers members a chat room where you can ask questions and find out the latest news about the site.

For those of you who’ve heard of Cointiply before, it might not be for the right reasons. It was at the centre of a controversy over its mining game a few months ago.

The game was abruptly halted, with the website owners they had miscalculated the pay-out levels and were losing money.

The move prompted a wave of anger from users who claimed they had been ripped off, or lost money through the game.

However, Cointiply agreed a way forward with compensation, although this did not appease everyone.

Remember, to receive your earnings you’ll need a bitcoin wallet. You can get a free one at Coinbase. 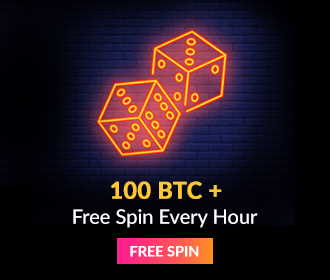