The much maligned bytecoin (BCN) cryptocurrency has seen and explosion in its value recently and while it’s not entirely clear what’s behind this, a lot of people are suddenly keen to get their hands on some coins.

The good news is that unlike bitcoin and litecoin, it’s still possible to mine bytecoin using a standard home computer’s CPU and/or GPU, whether it be a PC or a Mac.

There are various mining pools you can connect to using reasonably technical pieces of software but if, like us, you’re all about simple and convenient then we recommend giving this a swerve and considering using a client like MinerGate.

MinerGate offers a free downloadable client featuring an easy to use GUI that will have you mining bytecoin and several other crypto coins, including the popular monero coin, in no time at all. 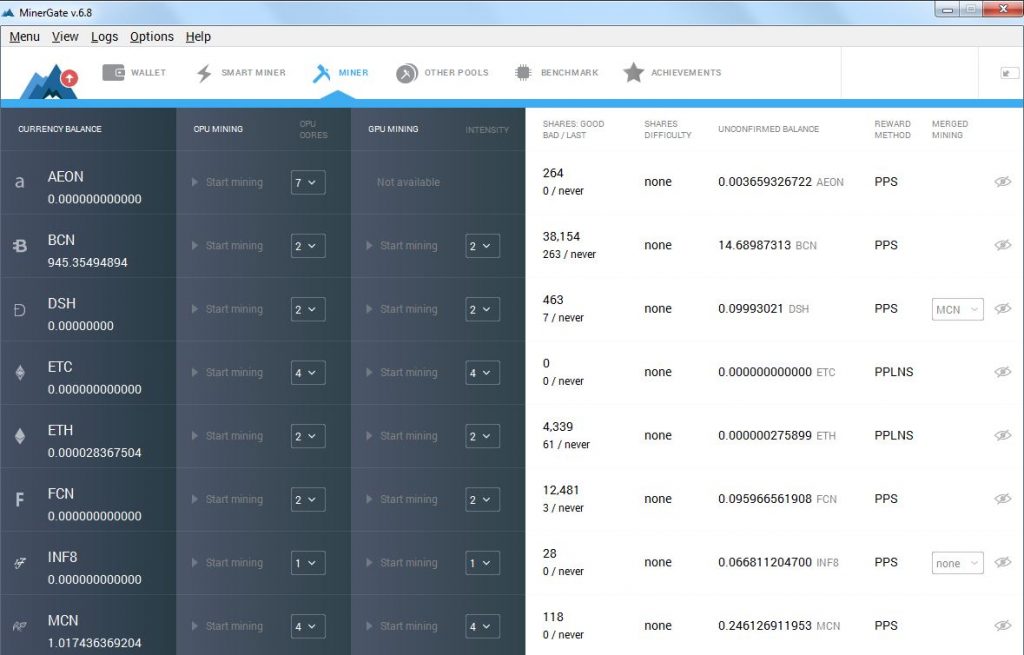 The obvious trade off is that MinerGate takes a cut of whatever you mine, but for the service on offer we believe this is a small price to pay, especially for those who fall outside of the nerd category.

The software really is a breeze to use. Sign up, download, select a coin to mine and away you go. You can then tweak how much of your CPU or GPU you wish to commit to mining until your comfortable then watch the coins roll in.

As yet we haven’t seen anyone offering bytecoin browser mining, and there are no reliable free faucets offering this coin. However, we’ll keep you posted as and when this changes. Please let us know if you come across any.

The only thing you’ll need to do now is set up wallets for the respective coins you’re collecting from Minergate so that when you reach the withdrawal threshold you can gain access to your cryptocurrency.

In the case of bytecoin, at the time of writing the minimal withdrawal amount was 200 coins, with a free of of 0.01 BCN going to MinerGate.

There are a number of bytecoin wallet options available – either desktop or web-based. To decide on the one that’s best for you it’s probably best to try both. More information about wallets together with download links can be found on the official bytecoin website which has recently been revamped.

Here you’ll also find full details of the roadmap the developers have etched out for the future of the coin. There are many developments in the pipeline and if they all come to fruition BCN could have a very bright future.

You can also find details of the exchanges that enable you to trade or swap your bytecoin, which includes Changelly, as seen below. 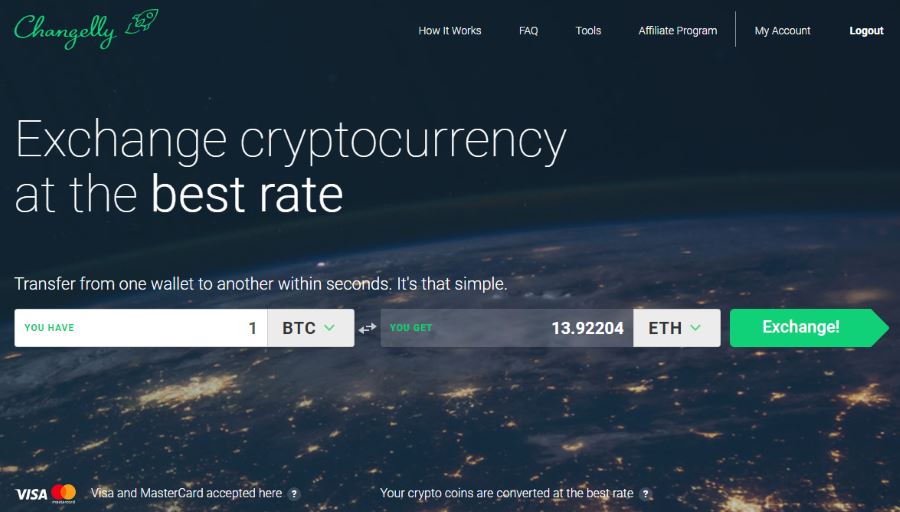 Changelly is operated by the MinerGate team and is a simple to use cryptocurrency exchange. It’s also a useful way to find out what your bytecoins are worth in either fiat currency or other cryptos.

Bytecoin is the predecessor of monero, and also formed the foundations of a series of coins created around the CryptoNote algorithm.

It is controversial because of the number of coins said to be pre-mined when it was launched into the public arena back in 2012, and also perceived secrecy surrounding who the developers are.

Bytecoin is said to be completely anonymous and offers extremely fast transaction processing times, averaging around two minutes according to the coin’s Wikipedia page.

But now this is changing and there is more emphasis on transparency surrounding the coin in an attempt to increase its credibility across the wider crypto community.

On the official bytecoin website there are details of several members of the current development team, together with photographs, which helps lend legitimacy to the currency.

Hopefully this trend continues and bytecoin is adopted by the wider crypto community which will in turn at value to the coin and encourage increase adoption around the globe.