If you’re a regular visitor to free bitcoin faucets you’ll be familiar with the dreaded reCaptcha system and the endless problems this can cause when trying to claim your coins.

It can turn a simple process into an arduous battle of attrition – you complete the reCaptcha and you know it’s right yet you continually get the message: “Incorrect captcha solution – please try again”.

To give one example; Moon Bitcoin, which was one of the best-paying faucets out there, suffered from the blight of the reCaptcha.

You diligently start again, selecting the correct tiles featuring cars/street signs/roads etc, only to be told you’re wrong yet again. Patience wearing thin at this point, you complete it again, only to get the same message once again.

At this point, if your computer’s still intact, the image tiles on the reCaptcha may start grinding to a halt and you know even as you carry on clicking that you’re going to get another error message.

Faucets such as Bit Fun default to Solve Media which is a much more reliable captcha.

This can be infuriating and should quash any existential fears about the rise of artificial intelligence taking over the world any time soon.

I mean, how hard should it be for the system to recognise that you’ve clicked the correct tiles judging by the following example? 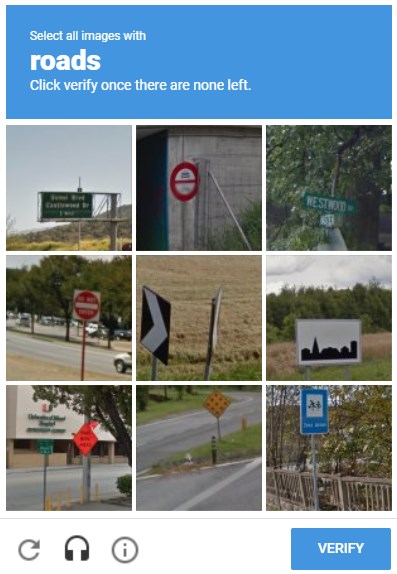 The frustrating thing is that this seemingly simple little gatekeeper is a fixture of pretty much every free bitcoin faucet you’ll visit. It acts as both an anti-bot measure for the faucet owner while doubling up as an extra source of revenue.

Bonus Bitcoin is another Solve Media site which makes claiming a breeze.

But, as the visitor, if you start experiencing what we’ve described you need to fix it sharpish otherwise your daily bitcoin profit will plummet through the floor. Either that or you’ll defenestrate your computer.

So, without further ado, here’s a few tips and tricks you can try to solve reCaptcha issues:

Do just this then refresh the faucet. Hopefully you’ll find things running much more smoothly now.

However, some people report that while this works for a while, problems can creep back in after a few weeks.

According to people with far more technical knowledge than us, this process forces your internet provider to allocate you a new IP address and thus clears away issues associated with your old one.

This can work wonders if you find reCaptchas grinding to a halt. Our main go-to option which seems to work well is Firefox, but it’s worth trying others as well.

This seems to work for some people but not others and we don’t know why. However, it’s worth a shot if you’re still have trouble after trying other methods.

Switch To Solve Media (If You Can)

Some anti-bot checks give you the option to switch to Solve Media. This is a great alternative if you’re having trouble with reCaptcha, although it’s not without issues itself. 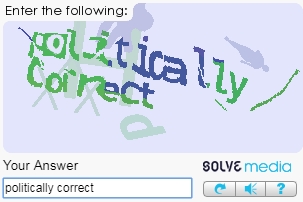 Sometimes the words you need to type are so garbled that they have become unreadable, like this for example: 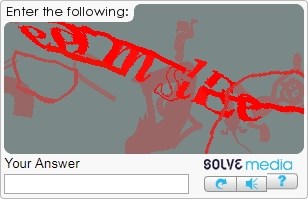 It’s an option, but by no means a perfect solution. Use if your desperate as you may have better luck with it.

There are several alternatives to reCaptcha out there, including Solve Media, which we’ve already mentioned, and the ‘rolling ball’.

The ‘rolling ball’ is, from our experience, the easiest and most reliable captcha system out there. We can only imagine that the reason more people don’t adopt it is because it’s not completely safe from bots.

Given that reCaptcha is supplied by web behemoth Google with the tagline ‘Tough On Bots – Easy On Humans’, it’s a real surprise that it’s so problematic for so many people.

Maybe Google just doesn’t like bitcoin faucets, who knows? But whatever the reason it’s clear that reCaptcha has had its day, certainly within the bitcoin faucet arena anyway.

We’d be interested to hear your feedback on our troubleshooting tips. Also, if you’ve come across any solutions that we haven’t written about here, please let us know. You can contact us here.