Where to Buy Bitcoin with Dollars, The Latest Price, ATMs and Where to Get Free BTC 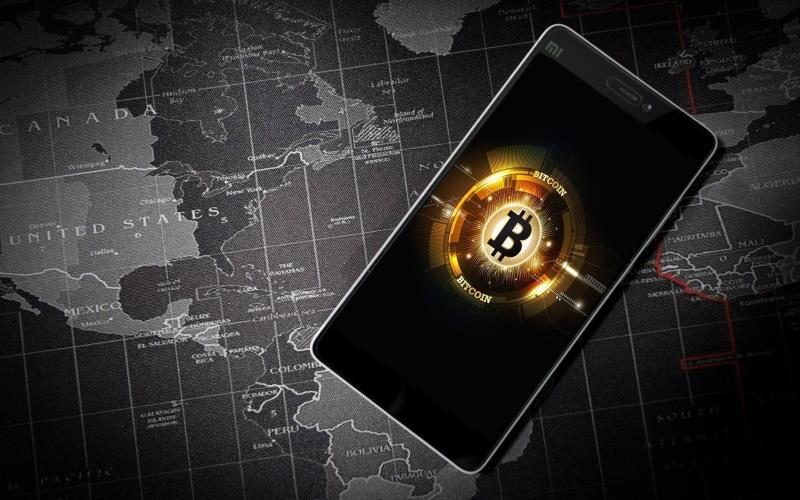 Bitcoin’s price has been soaring recently and like the boom of 2017, interest from the general public in where to buy Bitcoin, the latest prices and how to get free BTC has surged.

Individuals new to the cryptocurrency sphere are hunting for ways to join the digital coin revolution and instead of using their dollars and pounds to buy stocks and shares, are looking to plough their cash into buying Bitcoins.

Read: What is a Bitcoin and how do they work?

Where to buy Bitcoins

The good news is that buying Bitcoins online through an exchange has never been easier. And some countries even have ATMs which enable you to buy, sell or withdrawn your Bitcoins as fiat cash.

Two of the largest Bitcoin exchanges are Coinbase and Binance, although there are dozens of others out there as well. Both offer user friendly platforms that enable you to quickly purchase your first Bitcoins.

Out of both platforms, Coinbase has the simplest interface, and once you’ve completely some basic security and anti-money laundering checks, you’ll be buying your first coins in no time.

You’re not limited to Bitcoin on either platform either. Both allow you to buy, sell and trade in Ethereum and many altcoins, such as Bitcoin Cash and Litecoin, as well.

You can quickly work out conversion rates, such as Bitcoin to USD, so you know exactly how much cryptocurrency you’ll be buying at any given moment depending on the prevailing exchange rate.

Both exchanges will provide you with a Bitcoin wallet and, again, there are many services online that will do this for you as well.

You may also wish to consider an offline hardware or paper wallet as well for added security.

Read: Which Bitcoin wallet should I use?

If you’re planning to trade Bitcoin you should keep an eye on the latest Bitcoin news from one of the many sources available for free online.

Be warned though, the price of cryptocurrencies can be extremely volatile, and the prices go up and down very quickly, so it’s best you learn the ropes on a trial account before using real money.

Finding the latest Bitcoin price (or Bitcoin precio if you’re Spanish!) is as easy as carrying out a Google search.

Simply type in ‘Bitcoin price’ and boom, you’ll get an up-to-the-second view of what Bitcoin is currently trading at.

You can alter the currency to suit your needs, for example if you reside in Lagos, Nigeria, you could change it to Nigerian Naira.

Or if you’re Polish, you could search ‘kurs Bitcoin’, ‘Bitcoin hoje’ if you speak Portuguese, or even just search in Euros.

You can also see our live Bitcoin price page and read the latest crypto news.

Can I mine Bitcoins?

If you’re looking for some free Bitcoins, then the first thing to say is that mining Bitcoin is no longer possible on home computers.

You’ll need expensive, specialist equipment and access to cheap electricity to mine profitably, and the competition is fierce.

Where can I get or earn free Bitcoins?

It is possible to get – or earn – free bitcoins from completing various tasks such as surveys, clicking on ads or even claiming from what are known as Bitcoin faucets (sites that give away tiny amounts of cryptocurrency for free).

What was the Bitcoin halving?

Bitcoin underwent a much-anticipated halving event on May 11, 2020.

This meant that the number of Bitcoins given to miners as a reward for finding a block in the blockchain fell from 12.5 to 6.25.

The next halving is expected to occur in 2024, with further halving events every 210,000 blocks until around the year 2140 when all 21 million bitcoins will have been mined.

The latest halving is possibly one of the reasons behind Bitcoin’s current rise in value, with some analysts predicting that it will rising significantly higher, or ‘go to the moon’ as enthusiasts like to describe a huge rise in value.

This is good news for ‘HODLERS’ – the term used to describe people who buy Bitcoin and hold it long term in the hope that price will rise significantly, and they’ll make a healthy profit on their investment.

Buying and trading in Bitcoin and other cryptocurrencies is risky and you should be aware that you could lose your entire investment at any point.

It’s difficult to predict which way the price will shift next, and there’s always the chance that an event, such as a new technology or the discovery of a vulnerability in the blockchain code, will render your coins worthless.

However, cryptocurrency is gradually entering the mainstream, with more and more people and institutions adding it to their investment portfolios every day, so you’ll need to weigh up the risks.

Remember, only buy or trade with what you can afford to lose!