What is The Bitcoin 21 Million Club And How Many Members Are There? 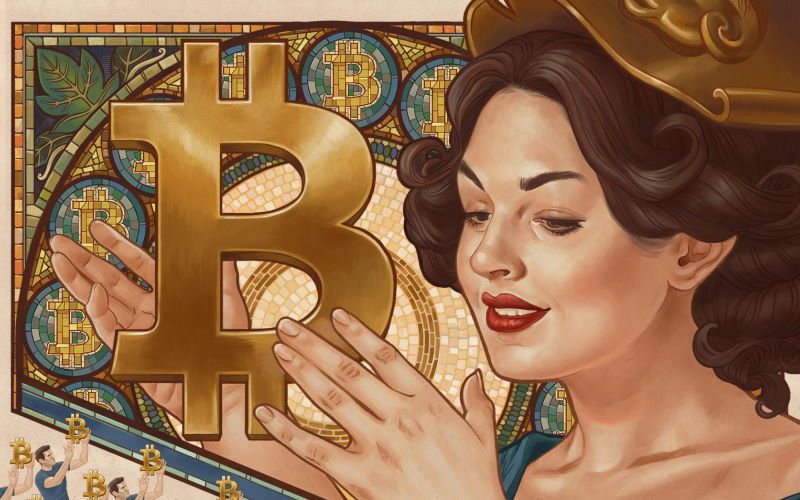 We all enjoy a bit of exclusivity and the feeling that comes with belonging to a privileged group of people with special access to something others don’t.

Whether it be art, jewellery, private members’ clubs or even unique experiences, there are plenty of things on offer to tempt people to part with their cash in return for something that’s not commonly available.

And now cryptocurrency is in on the act as well with the ‘21 Million Club’.

The reality is though that when you factor in all the Bitcoins that are lost forever through human error, people not passing on their private keys when they die or acts of God, the actual number if coins that remain is considerable smaller.

Some estimates suggest that nearly 4 million Bitcoins have been irretrievably lost out of the 18.42 million in circulation in the second quarter of 2020.

Then you need to factor in some of the ‘Whale’ Bitcoin addresses, such as that of the mysterious Satoshi Nakamoto, said to be the person or people behind the creation of Bitcoin.

It is thought he/she/they possess in the region of 1 million Bitcoins, with some speculation that for whatever reason they will never be spent.

There are many other Whale accounts as well, where large numbers of Bitcoins are held by what are assumed to be individuals.

And conversely all the fractional accounts where many thousands of individuals hold fractional amounts of Bitcoin (known as Satoshi) further dilute the possibility of becoming a member.

So, as you can see, the number of people who can gain access to the 21 Million Club is actually a lot less than 21 million!

In fact, some estimates put the maximum number of possible 21 Million Club members at just 811,000, or even lower.

When you compare this to the population of the world – currently around 7.6 billion – you can see this is a reasonably exclusive club to belong to!

Interestingly there’s a website set up under the name of ‘The 1 in 21 Million Club’ which gives a few noteworthy stats on the supply of Bitcoin.

Bear in mind that currently membership of these clubs is purely symbolic and there is not actual badge to pin on your shirt or venue to gather at… yet (as far as we know!).

There is however a rather attractive piece of art that’s associated with the 21 Million Club: 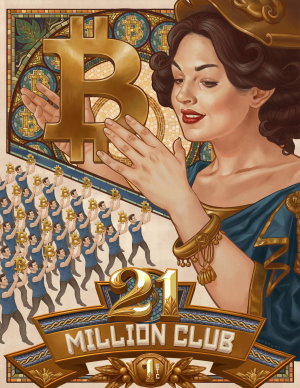 And there’s various pieces of merch you can buy as well, such as t-shirts and hoodies.

Whether it’s tacky to display your wealth in this way, or a quick way of meeting fellow club members in real life is for you to decide!

Here are some further stats that put the whole thing into perspective: only 10% of all people who hold Bitcoins own more than 0.1 BTC, with only around 1,600 wallets in the world holding more than 1,000 coins.

And when it comes to the super rich, there are only around 100 individual wallets that have more than 10,000 Bitcoins in them.

If you want to take a look at the current Bitcoin ‘Rich List’ then you can see the top 100 richest address here.