Can Bitcoin Reach 100k, Can It Make Me Rich or Will it Go to Zero? 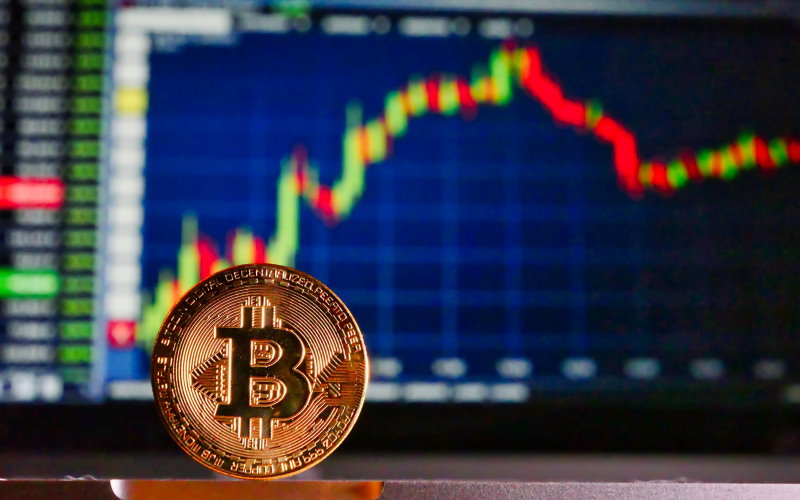 Nothing excites Bitcoiners more than a wildly optimistic Bitcoin price prediction by someone influential in financial circles.

‘Hodlers’, the term used to describe those who buy Bitcoin and hold in anticipation of a huge price increase that’ll make them rich, are quick to share these snippets of optimism, however shaky their origins may be.

On the opposite side, and it’s fair to say in lesser numbers, are the Bitcoin pessimists who insist that the cryptocurrency is intrinsically worthless, that the recent price growth is a bubble which when it bursts will see the price go to zero and investors lose all their money.

At the time of writing, the price of 1 bitcoin was hovering around the $11,700 mark. The price has seen a steady increase throughout 2020, perhaps in some part elevated by the Coronavirus pandemic.

Some analysts believe that investors have turned to Bitcoin as a safe haven for their money, in the same way as people are currently buying gold during these uncertain times.

Back in 2017, the world was gripped by Bitcoin fever as the price soared to nearly $20,000. There were many stories of people taking huge risks to get their hands on this ‘digital gold’, including re-mortgaging their homes, as fear of missing out (FOMO) gripped the world.


The doomsayers said it was a bubble and to a certain extent they were proved right; the price tumbled rapidly after these heady days and many people – often those with little previous investing experience - lost large amounts of money.

But, nearly three years on, Bitcoin is back and, many believe, stronger than ever.

Read: What is a Bitcoin and how does it work?

One of the main reasons for its growth this year is the expanding interest from global financial institutions in including Bitcoin in their investment strategies and portfolios.

It’s important to remember that many people who comment on the price of a particular cryptocurrency have a vested interest in either hyping up its value or trashing it, but they often don’t disclose exactly what their position is.

For example, if you have a significant Bitcoin holding that you’re hoping will rise in value in the future, it’s in your interest to be positive about where you think the price is going. Some commentators do make it clear that they’re investors, but, as we’ve said, others don’t.

You’ll soon be drowning in a pool of seemingly credible yet contradictory reports giving you a price prediction of anything from $0 - $1 million within the next 6 months, year, five years, or whatever timeframe is chosen for the specific story you’re reading.

Sorting the wheat from the chaff is difficult and what the price of Bitcoin will be really in a year’s time is anyone’s guess.

A new technology could emerge tomorrow that makes Bitcoin obsolete, or someone could discover how to hack the blockchain. These events would be catastrophic and would almost certainly result in Bitcoin becoming worthless.

But, equally, more financial institutions could announce that they’re adding Bitcoin to their portfolios, an event may occur where people lose faith in fiat currencies, or simple media hype could whip the price into a frenzy (this could just as easily work the other way as well).

Interestingly, a halving event earlier this year (when the reward for mining coins is halved thus reducing the supply of fresh Bitcoin’s to the market) had little immediate effect on the price, despite the predictions of many commentators.

One thing is certain though, if more people adopt Bitcoin, and barring any unforeseen negative event impacting on people’s trust in the coin, the greater likelihood there is of it succeeding.

One event that points to the increasing acceptance of the coin among less tech-savvy folk is the dramatic increase in Bitcoin ATMs in 2020. The number of ‘BATMs’ as they’re known has doubled so far this year to more than 8,000 across the globe.

This is a huge increase, and a large investment by the companies operating them which demonstrates some faith in the future of the coin and its stability.

Read: What are Bitcoin ATMs, are they anonymous and how do they work?

Part of Bitcoin’s problem has always been one of legitimacy. The positive stories of greater integration into mainstream society arrive hand-in-hand with news about the latest hack, or how criminals have used the cryptocurrency to launder millions of dollars.

Shaking off this reputation as a safe haven for nefarious activity has proved difficult for Bitcoin, even though cash is still fair more likely to be used in crime (mainly because while cash is completely anonymous, Bitcoin isn’t, despite what you might have read).

However, generally speaking, it still offers greater anonymity than having a bank account and its decentralised nature means that various technologies have sprung up to help people stay under the radar when using the currency, whether for libertarian, security or criminal reasons.

One example of this is what are known as Bitcoin mixers – or cryptocurrency tumblers – which aim to completely anonymise your transactions.

Read: What is a Bitcoin mixer and how do they work?

Until Bitcoin can shake off its murky reputation and become more user friendly to the layperson then it will always struggle to break into mainstream use.

But to do so, it’s likely to need greater regulation and many people feel this would mean betraying Bitcoin’s core values offering a completely decentralised currency free from the control of Governments and banks to the masses.

Others, however, see this as the only way for Bitcoin and other cryptocurrencies to be accepted by a suspicious public who’ve seen the negative headlines and read the scare stories and additionally are wary because they simple do not understand how it works.

This last point is an important one as many people struggle with the fact that Bitcoin doesn’t physically exist in the real world – it is just data on a network of computers around the globe.

Even though baby boomers are become one of the fastest growing group of investors to add Bitcoin to their portfolios, there’s still a general lack of understanding about how cryptocurrency works from large swathes of the population.

There’s a case to be made for an organised educational programme to be launched to bring Bitcoin to the masses and evolve the currency into something that your parents or even grandparents feel comfortable using.

BATMS have made it easier to acquire Bitcoin and are much simpler than using an exchange. But even when people feel confident buying coins, they need to be able to spend them.

A growing number of outlets are accepting them as payment, but the wild price fluctuations that still exist are putting others off.

For example, if you were to pay your rent in Bitcoin which can easily see a 10% price swing on some days, this becomes problematic for many people, even Bitcoin enthusiasts.

Another thing to consider when trying to predict the future price of Bitcoin is resistance from traditional financial institutions.

After all, the underlying purpose of the cryptocurrency is to free people from the constraints of traditional banking system – something the banks themselves may not be too keen on.

As such, while some institutions are embracing the ‘new money’, others are resistant and will put a negative spin on anything crypto related to try to secure their own business interests.

Many Governments around the world seem unsure of how to deal with cryptocurrencies, but a common theme, and one that we’ve touched on earlier in this article, is that they want to regulate their use to varying degrees.

This could have the effect of bringing to an end the wild price movements that Bitcoin has seen over its 11-year history, but on the one hand such a move could increase its adoption.

Equally, if Governments around the world start to legislate against cryptocurrencies and restrict or even ban their use altogether, this will have a severe impact on the price of coins. However, the opposite is true if the they are embraced by regulators.

Only recently, Russian president Vladimir Putin signed a bill which made cryptocurrency legal in the country, although not for payments. This clearly signals a level of acceptance by the Russian Government and is a positive move for digital currency.

One final aspects of Bitcoin that encourages is investors is its limited supply.

Just shy of 21 million Bitcoins will ever be in circulation, and already millions of these have been lost forever.

Scarcity can be a great driver when it comes to price, and Bitcoin certainly has this when compared to other cryptocurrencies.

Governments can always print more money, but there will only be a relatively small number of Bitcoins in the world.

Read: What is the 21 Million Club?

As you can see, there are still many ifs and buts surrounding the future of cryptocurrencies which means accurate future price predictions are impossible.

However, there is a consensus that the principle behind the coins, including the blockchain technology which underpins them, is here to stay in some form or another.

But whether this means Bitcoin will emerge as the primary cryptocurrency, or perhaps Ethereum, or even a new future cryptocurrency, remains to be seen, so any investment at this stage is purely a speculative gamble.

Yes, people are making money by trading cryptocurrencies, but it’s important that you know what you’re doing before you attempt this as it’s easy to stack up losses in a short space of time.

For all the people ‘hodling’ – they can only hope that all the variables go in their favour and the price of Bitcoin, or whichever cryptocurrency they’re backing, ‘goes to the moon’, as enthusiasts are fond of saying.

*This article does not constitute financial advice or an investment recommendation. Investing in cryptocurrencies is high risk and highly speculative. The value of your investments can go down as well as up.

Disclosure: The author of this piece holds a small amount of Bitcoin.